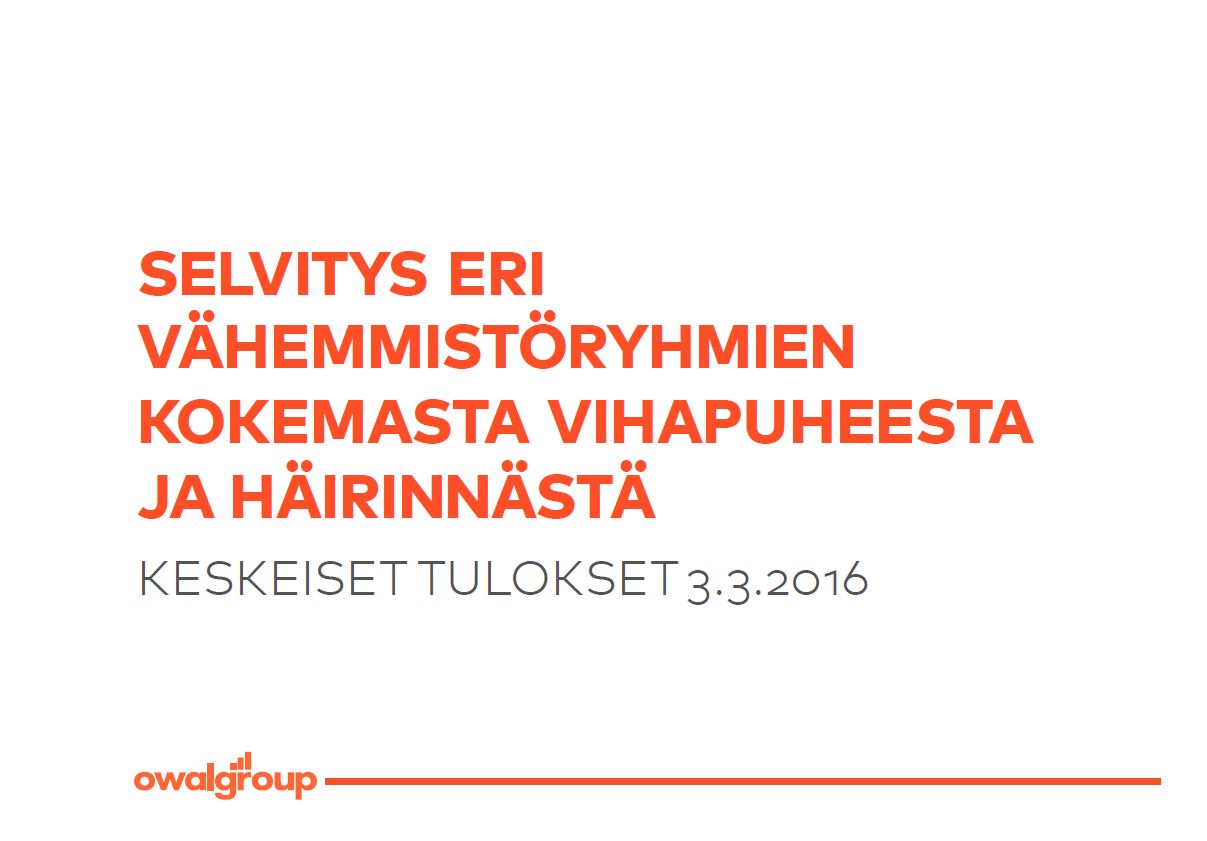 Hate crime refers to an offence that is motivated by prejudice or hostility towards the victim’s actual or assumed ethnic origin or nationality, religious conviction or belief, sexual orientation, gender identity, gender expression or disability. A hate crime motive may be grounds for a harsher sentence to be imposed.

Hate speech can be a crime under the Criminal Code of Finland, discrimination under the Non-Discrimination Act or the Gender Equality Act, or an otherwise hostile utterance.

HOW ARE HATE CRIMES AND HATE SPEECH MONITORED?

Statistics on cases handled by prosecutors and courts are not published regularly. However, it is possible to search the judicial administration system for cases which the police have marked with the hate crime code. A memorandum on the current state of hate crime reporting and the challenges of monitoring hate crime provides information on cases handled by the district courts between 2013 and 2017.

RESEARCH INTO HATE CRIME THAT AFFECTS DECISION-MAKING IN SOCIETY

“Ruled by Hate: Hate speech aiming to influence decision-making in society” is a study which examines hate speech, both based on the experiences of those who have been subjected to it and on messages in digital media that contain hate speech. The study makes use of both quantitative and qualitative methods. The purpose of the study is to explore the extent, nature and effects of hate speech on decision-making.

A report published in March 2019, “Victims’ experiences of hate crimes in Finland 2014–2018” says that only a small proportion of respondents had reported an incident to the police. The main reasons for not reporting a crime to the police included suspicions concerning the attitudes and actions of the police with regard to hate crimes. Many responses also revealed how frustrated, desensitised, fearful and oppressed the respondents felt.

Half of the respondents said they had been verbally abused. Other common types of crime included assault and discrimination.

The most common motive of hate in these crimes was skin colour, nationality or ethnic origin. Motives related to religion, religious conviction or belief came next, closely followed by offences related to sexual orientation.

Harassment and hate speech were most likely to occur on the street, in car parks, in parks and in other public places. The second most likely places where harassment and hate speech were encountered were the internet, public discussion forums and Facebook. The third most common settings were cafés, restaurants and bars, and the fourth most common were on public transport.

Hate speech and harassment have had the most significant impact on general feelings of safety (61%) and psychological wellbeing (52%). In almost one in three cases, they have also affected victims’ trust in the authorities. More than half of the respondents said that they avoid certain places for fear of becoming a victim of harassment or hate speech due to being part of or belonging to a minority group. 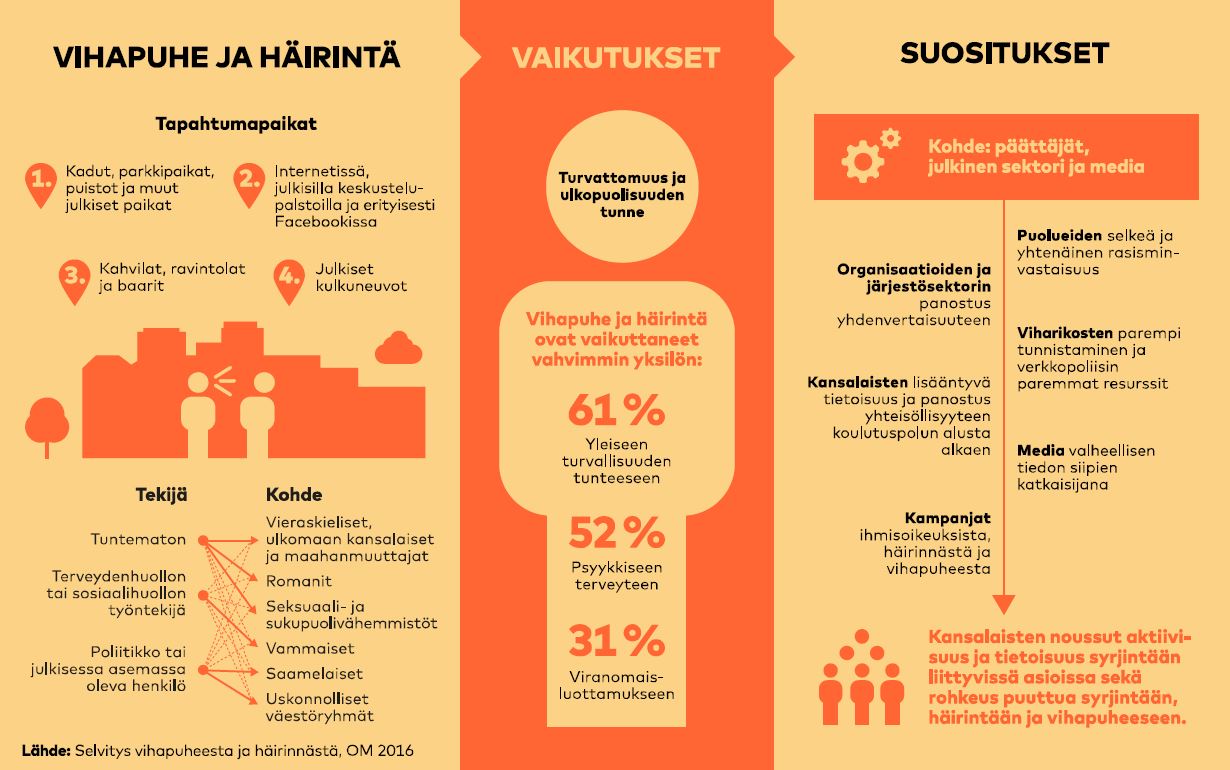