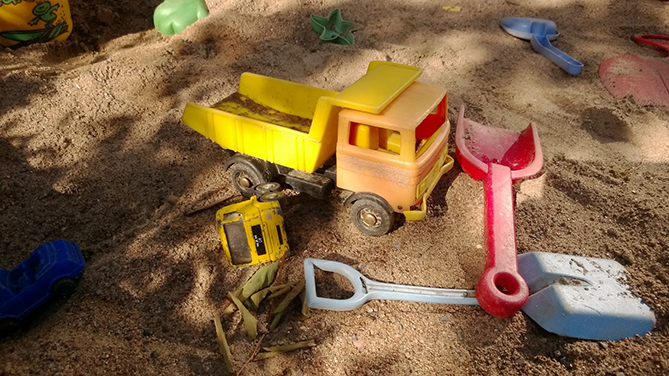 The Government proposes a reform of the Act on Child Custody and Right of Access. The proposed amendments would improve the right of the child to participate in the consideration of matters concerning him or her. The amended Act would also take better account of the changes that have occurred in society, such as the more diverse family situations.

The reform also aims to improve the efficiency of court proceedings in cases concerning child custody and right of access.

- The reform of the Act on Child Custody and Right of Access is one of the Government's most significant reforms affecting children. The reform aims to ensure that the best interests of the child are better taken into consideration when decisions on matters related to child custody and right of access are being made, says Minister of Justice Antti Häkkänen.

- I would especially like to highlight the proposed provisions that would oblige custodians to protect their children from violence, foster their close relationships, and contribute to the realisation of their right of access. The purpose of these provisions is to emphasise the parents' and other custodians' responsibility to think about matters from the perspective of the child in all situations. This also covers situations where the parents have a disagreement over child custody or meeting arrangements, Minister Häkkänen emphasises.

Provisions on alternating residence to be added to the Act

The Government proposes that new provisions on alternating residence be added to the Act on Child Custody and Right of Access. The parents could agree between themselves or the court could decide that a child will alternately reside with each parent. The child's individual characteristics and needs, among other things, would affect the choice of residential arrangements.

Even if the parents decided on alternating residence, the child could still have only one official place of residence. Thus, the proposed provisions would not affect any benefits or services, such as the housing allowance or the division of the child benefit. Information about the alternating residence arrangement would, however, be entered into the Population Information System, which would then better reflect the child's residential arrangements in cases where the child resides an equal amount of time with each parent.

Child's right to meet a close person could be confirmed

The Government also proposes that the child's right to meet a person who is particularly close to him or her, in other words a person with whom the child has an established relationship comparable to the child-parent relationship, could be confirmed.

The right of access in accordance with the proposal could be confirmed by a court, and the need for such a decision would be assessed especially from the perspective of the child's best interests.

The proposed legislative measures aim to more effectively prevent parental alienation and other problems in the realisation of the right of access. Parental alienation refers to a situation where one parent behaves in a manner that makes interaction between the child and the other parent difficult or completely prevents it.

It is proposed that provisions obliging both parents to contribute to the realisation of the right of access and prohibiting the exercise of inappropriate influence over the child be added to the Act. The maintenance of interaction and relationship between the child and the parent would also be a factor that would be taken into account when deciding on custody and right of access. To secure the right of access, the court could impose a conditional fine to enforce a decision concerning the right of access.

It is proposed that more detailed provisions on the hearing of a child before a court and social welfare authorities be added to the Act. The court could rely on the assistance of an expert assistant in the hearing. First and foremost, the task of the expert assistant would be to ensure that the child is heard in a child-friendly manner. The child's opinion should be ascertained also in undisputed cases, when it would primarily be the parents' responsibility.

To speed up court proceedings, the Government proposes the introduction of provisions that would oblige the court to consider cases concerning child custody and right of access promptly and to hold the first court hearing without undue delay. According to the proposal, a manifestly unfounded application for the amendment of an agreement or a decision should be dismissed already in the written procedure.

The amended Act would also allow parents to agree on a broader range of matters related to child custody and right of access through an agreement to be confirmed by the social welfare authority than currently. For example, parents could agree between themselves on the mutual division of responsibilities, on the right to obtain information, and on the entrustment of child custody to a third person along with the parents.

The proposed legislative amendments are assessed to strengthen the position and rights of the child as required by the UN Convention on the Rights of the Child.